The value of the cryptocurrency market is upscaling every day. Statistics from Alexa proved the renaissance in Cryptocurrency Exchange platform popularity in recent years. Binance has been still ranking the top with a trading volume of around $2,257,696,581 till date. Larry Cermak, one of the crypto enthusiast made website traffic analysis for 48 exchanges the last six months. He concluded that Binance and Coinbase recorded a higher number of visits than others! In total, over 800 million users visited the top 48 exchanges in the past six months, he said. With Coinbase and Binance accounting for 41% of total visits. With these credits, the Bitcoin Exchange Platform market is still expected to grow in the future as well.

What is a Bitcoin Exchange?

A Bitcoin Exchange platform is the digital space where traders can buy and sell bitcoins through fiat currencies or other altcoins. The exchange platforms act as an intermediary between the buyer and seller to perform the transaction.

Cryptocurrency Exchange Platform make money in the form of transaction fees. This means that the buyer and seller who perform the transaction has to pay an additional fee called Transaction fee. Additionally, Bitcoin Exchanges collect a piece of fee for funds transfer, currency conversion, etc.

Also Read: How to Start a crypto Exchange  – A Complete Guide

Here are the components of a Bitcoin Trading platform

Countries where Bitcoin Exchanges are legal

Each country has its own Legal Regulations. Some countries have accepted Cryptocurrencies while some haven’t. Therefore, while planning to launch a Cryptocurrency Exchange platform or planning to trade in a Crypto Exchange, it is important to consider the Location.

Bitcoins are not issued by any central banks, unlike traditional currencies. But they are system generated protocols called Cryptocurrency Mining. Moreover, there is no Government intrudance since Bitcoin is just a digital currency with no physical form. Though Bitcoin appears to be a robust virtual currency exchange system, there is no still uniform laws and rules which regulate them.

The United States has shown green signal towards Bitcoin. They have assigned a few agencies to eliminate illegal Bitcoin Transactions. Moreover, businesses such as Microsoft Store, Dish Networks are ready to accept Bitcoin payments.

Similar to the US, Canada, the southern neighbor has given a positive instance for Bitcoin. Canada considers Bitcoin Trading software as a money service business. Therefore, exchanges operating in Canada should initially register with the Financial Transactions and Reports Analysis Centre of Canada before getting started. In addition to this, most of the Canadian Banks have banned traditional payment methods and have welcomed Bitcoins.

Though the European Union haven’t completely accepted Bitcoins, they are in the list of accepted countries soon. In the dearth of the central guidance, individual European countries can have their own Bitcoin stances.

In addition to these countries, here are the other Bitcoin-friendly countries in the world

With a decade of existence with Bitcoin, most of the countries who still haven’t accepted the Cryptocurrency Exchanges don’t have explicit systems to restrict them. Since they are anonymous and decentralized it has been a difficult task for them.

With the acceptance of Bitcoin in the crypto space, there are multiple industrial sectors which have been beneficial till the date. Apart from Financial and banking industries, there are a plethora of sectors where Bitcoin has footprinted.

Right off the bat, Banking stands to be the beginning of the cryptocurrency implementation. With the digitized, secure nature Blockchain have made banking systems more powerful rather than traditional payment methods. Swiss Bank UBS and Barclays have been experimenting with Blockchain as the method to implement back-office functionality and installments soon.

Ride applications such as Uber, Ola, Lyft are using centralized way of payment. With the Blockchain, a distributed ledger will be implemented where drivers, riders could create a well-regulated and value-driven marketspace.

Hotels and Restaurants have already started adding Bitcoin as the official mode of payment. Most of them have joined in hands with popular exchanges like Coinbase to make the digital currency an accepted method of payment.

Credentials used for Educational purposes should be verified and universally recognizable. Since it is a process of manual verification, it is generally a difficult one to perform.

More number of companies are adding Bitcoin as the trusted way of payment in their stores. One such example is Microsoft which has added Bitcoin to its payment mode. Other industry giants such as Dell, Overstock, Amazon, Walmart, Nike also accept the Bitcoin payment method.

Most of the charity organizations having a clear motto of saving the children, human rights, accept Bitcoins contributions to their account. Most of the donors readily accept this since Bitcoin reduces the cost of the transaction significantly.

Expectations of users from Exchanges

Coming back to the exchanges, the traders were asked in the survey of what features they were expecting from the upcoming exchanges. The survey was conducted by EncryBit, one of the upcoming Cryptocurrency exchange platform with a motto of fulfilling the trader’s expectations.

Here are a few features they were expecting

From the complete list of participants, 20% of them were demanding an easy to use exchange platform with an intuitive interface. This means that most of the current exchanges are complex in nature.

This is the most demanded feature all over. Around 32% of the traders were expecting high-end security for the exchange platform. Since Hacking and threats are the ones which traders were fearing for.

Apart from these mandatory features, here are the other few things they need in a Cryptocurrency Trading platform.

Even the most popular exchanges haven’t integrated the social trading feature into it. This feature can allow newbies by following or copying the trade of experienced traders.

Up to the minute Dashboard

The Crypto Exchange Dashboard which will be launched in the future should stay relevant with the up to the date facts and information. Since the Crypto market is of volatility, it is crucial as well as beneficial for the traders with this feature.

The future of crypto trading platform highly depends on Bitcoin. Since Bitcoin has been the most popular cryptocurrency traded on exchanges, the future of exchanges relies on it. As the Bitcoin price is fluctuating every day, the future exchanges need to adapt to the changes quickly. If the Bitcoin price ceases down, this will have a great impact on Cryptocurrency Trading platforms. While looking at the Bitcoin Future price, it is expected that by 2023 they would reach up to $4514826 according to Dollarrupee.in. Therefore, business people who have planned to launch the Crypto Trading platform will have a year of rich benefits.

Non-Custodial Exchanges are the ones which are still centralized but with a difference. These exchanges don’t manage the user wallets. Instead of that it matches the order book and charges a piece of money.

One such exchange is ShapeShift which has an average of $10 to $15 million in transaction volume and 15,000 orders every day. Moreover, these exchanges have great security and privacy. Therefore cryptocurrency business people who are looking to create a Cryptocurrency Exchange Software can bring forth this kind of exchange.

Solving the problems with Custodial Exchanges

Types of Crypto Exchange Clone you should be aware of!

Once an investor has a plan to launch the Bitcoin Exchange platform, it is important to know the popular Crypto exchange script which is ruling the crypto market.

Considered as the most popular cryptocurrency exchange platform, they have been rendering huge benefits to the traders. Being a centralized exchange, it has been supporting more than 12+ digital currencies with its existence in 42 countries. Viewed as the user-friendly exchange platform, most of the business people who have an idea of launching a Bitcoin Exchange Platform can go with this.

Localbitcoins is a peer to peer Crypto trading platform hailing from the origins of Helsinki, Finland. This exchange allows the user to buy the Bitcoins through fiat currencies itself. Therefore, building a Crypto trading script similar to this exchange platform can bring in new traders.

Bibox one of the Chinese Exchange was launched by a set of Blockchain experts. It makes use of AI algorithms to perform efficient trading for the user base. The specialty of this exchange is it has its own token called BIX. It supports Bitcoin, Ethereum, Litecoin, XRP, Tron, Stellar, etc. Creating an exchange similar to Bibox can remain beneficial for the business people!

Bitstamp is a Bitcoin Exchange platform in Luxembourg. The feature of this Cryptocurrency Exchange Script is it supports both fiat and other cryptocurrencies instantly. Similarly, it also supports Fiat payment methods.

This is considered as the biggest exchange platform with higher trade volume than other exchanges. Moreover, it has recently released its decentralized version as requested by most of the user base. It is too good to launch a  Cryptocurrency Exchange Trading platform similar to Binance.

If you are looking to Build your own Bitcoin Exchange Website, Exchange Development can help. Coinsclone deliver a complete range of solutions, from secure cryptocurrency exchange development to efficient marketing, to help you build and launch your exchange successfully.

Get a FREE Demo

Where to get White Label Exchange Software?

Without doubts, Cryptocurrency industry is upscaling and will upscale in the future years. If you are an investor who has an idea of building a Cryptocurrency Exchange platform, we people are here to assist you.

Coinsclone has the desired set of experts who have rich expertise in building a white label crypto exchange software similar to Binance, Coinbase, Localbitcoins, etc. Our feature-packed solutions have helped the clients to reap a good amount of money from the Cryptocurrency trading platform which we have built for them.

Meanwhile, you can contact us for a free demo or queries!

Please fill in the form below to schedule a demo and know more about our services. 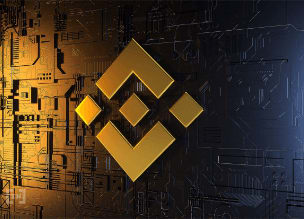 Are you interested in launching a cryptocurrency exchange app similar to Binance? Get our fine-tuned Binance clone script and get your business up & running. 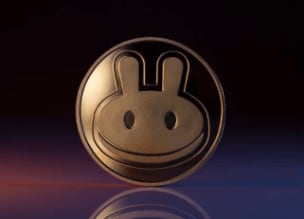 Looking for a profitable approach to reap money in the DeFi industry? Purchase our ready-to-market PancakeSwap clone script solution and construct your own DeFi exchange. 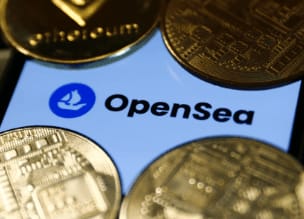 With our ready-to-deploy Opensea clone script, you can build your ideal P2P NFT marketplace website like OpenSea. Contact us right now to receive a live free demo.